In 1979, Frank Coley interviewed the 29-year-old Thomas Moore after his return from Manhattan School of Music. The article references Moore’s stint as a strolling caroler during the 1978 holiday season, then offers several windows into Moore’s philosophy about his mission. Here’s one

“‘I communicate instead of performing’, he maintains. ‘There’s something about that word I don’t like. Look back to junior high and high school. The first time somebody announced they’d perform they wereu nder pressure .. mostly peer pressure.

“‘In my shows I take the pressure off the performer and make it a sharing kind of thing. When you share there is no pressure at all.’” 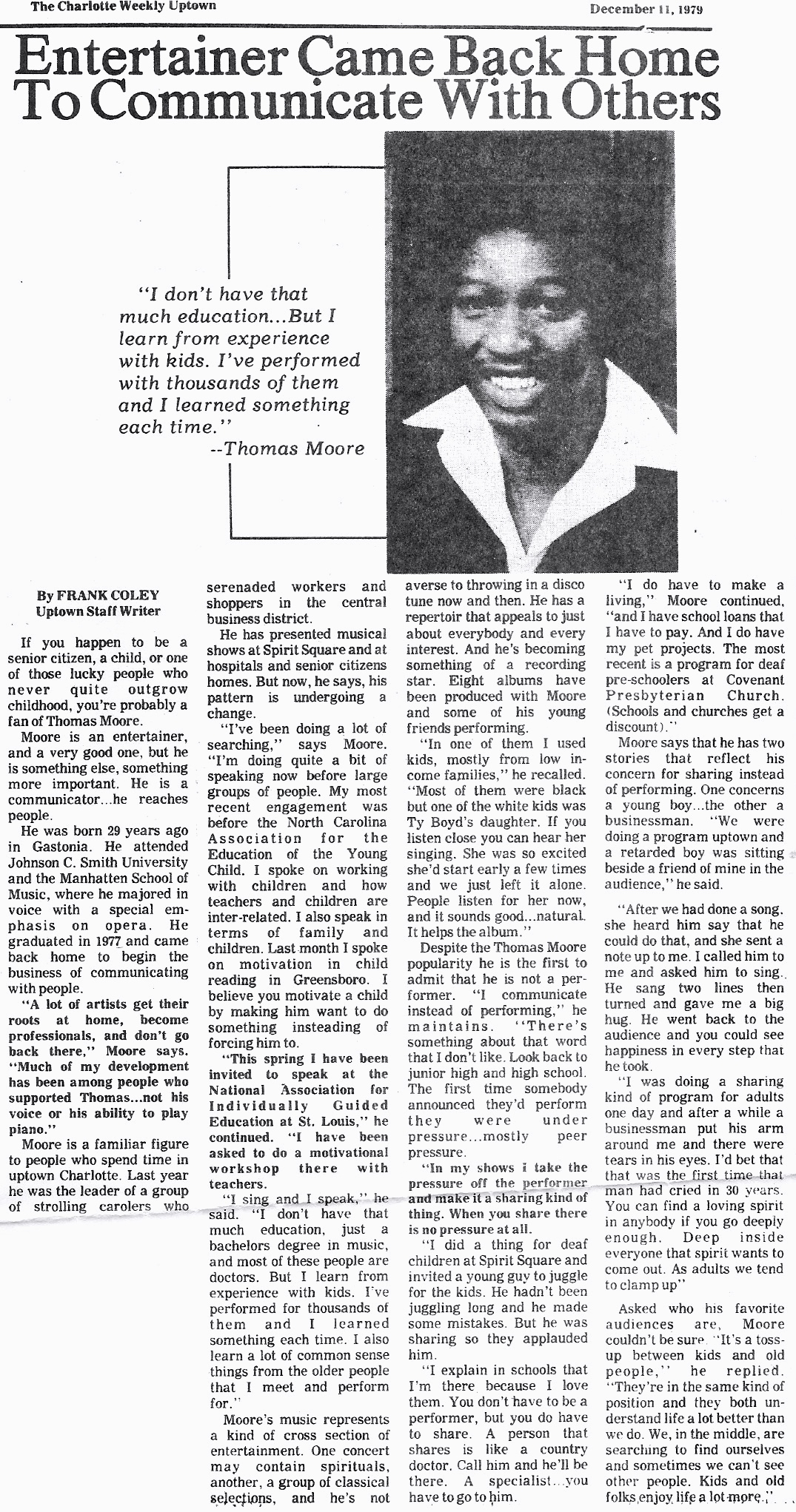