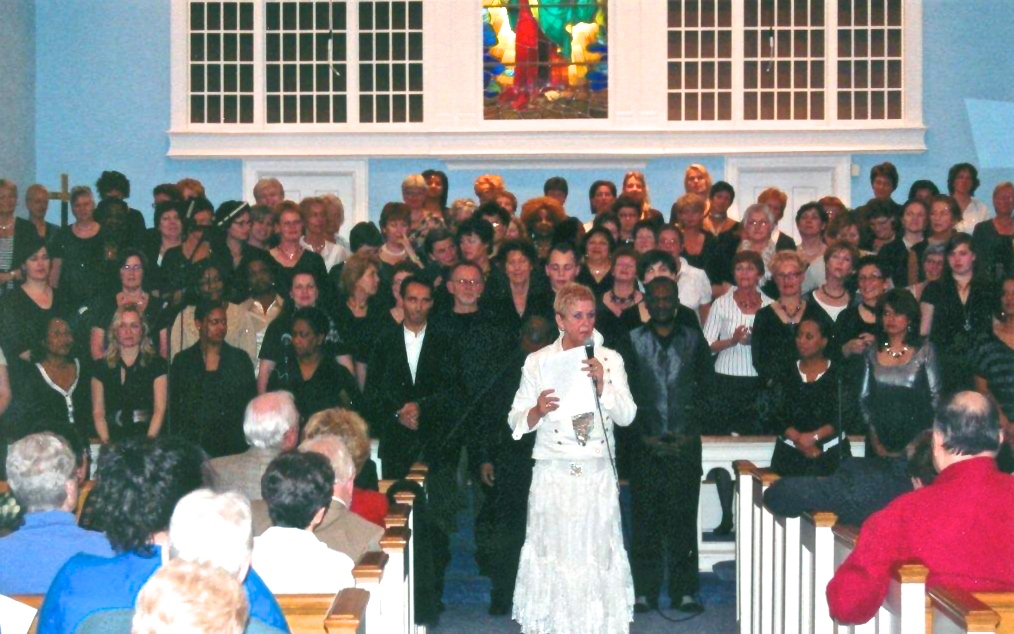 The Friendship Gospel Choir hails from the Netherlands, directed by founder Edith Casteleyn. The choir’s U.S. tour this year included stops first in Atlanta, then Charlotte. Pictures are from the April 16 concert at Calvary United Methodist Church, 512 West. Blvd. Dr. Moore joined the instrumentalists in accompanying the choir.

“I was their lead contact for the event which included a concert at Friendship Missionary Baptist Church and a few other churches in the Charlotte area,” Moore said.

After the tour, blogger Martin Adu wrote, “For those who think gospel music is the preserve of a particular ‘ethnic’ group… the 100 man choir singing black gospel music from the Netherlands… and does it sound great.”

The video below is from the group’s 2008 Christmas concert in Baarn, Netherlands, performing “I’m so happy since I gave the Lord my life.”