Tonight’s banquet was just part of the public celebration of the 50th anniversary of the Bethlehem Center. Thomas Moore had a part in the banquet, and we are looking for any audio or video record of that. In the meantime, here’s a collection of documents that relate to that anniversary. 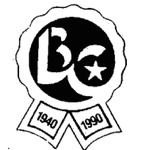 The program from the banquet, held at Grady Cole Center at 6:30 p.m., with former director Lucy Gist as speaker. 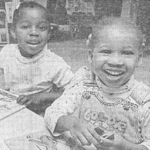 Pat Gubbins’ story in the Charlotte Observer on Oct. 17, 1990 marking the 50th anniversary, illustrated with a Tom Franklin photo at left of Brittany Peoples and Latravia Love.

Tom Bradbury’s editorial column in the Charlotte Observer on Oct. 20, 1990 about the past and present of the Methodist Church’s commitment, beginning during Jim Crow segregation, “to develop interracial fellowship devoted to the task of realizing in our common life those ideals of personal and social living to which we are committed in our faith as Christians.” 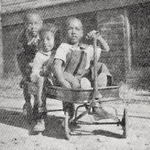 1943 brochure, reprinted for the 50th anniversary, outlines the program built since 1940 in a building at East Third and South Caldwell Streets in the Brooklyn neighborhood, and the people and organizations had made that work possible.